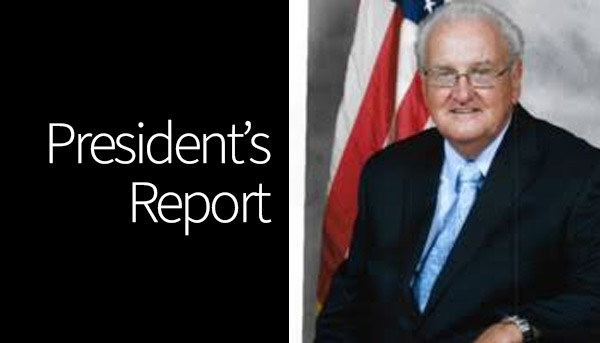 We are in the second half of this year, and we continue to stay active conducting action to ensure the organization continues to move forward. Planning has begun for the planning of the 10th Annual Dinner, paying a Tribute to Oren Carrol. It will be held on October 30, 2021, at O’Connor’s Restaurant on Monmouth Road, Eastampton, New Jersey. There will be a cocktail hour, sit down dinner with entertainment. The cost for the event will be $75.00 per person. A commemorative Journal will be published containing pictures, organization history tribute information and opportunity for advertising. There have been two planning meetings hosted by Joanne Tilghman and action items have been established to facilitate the event. We will need total cooperation and support from the Officers, Board of Directors and members to realize success. Invitations and corresponding documents are being prepared for release on September 1, 2021.

We are still in the process of reviewing actions previously handled by Oren Carrol and ensuring we complete required actions in a timely fashion. I have discussed the establishment of a Continuity Book with the Secretary, Mick Shanklin. Initially we will establish a table of contents of significant categories that will allow responsible individuals the opportunity to prepare task-oriented information for inclusion in the book. This will be a work in progress document and will serve as a reference to ensure the effective management of the organization.

The financial management of the organization is being handled by a team of members with assets in two financial institutions. Mick Shanklin and I are handling activity at the TD Bank in Pemberton, New Jersey. Bryan Branson, Joanne Tilghman and Mick Shanklin are handling the activity at Investors Bank in Bordentown, New Jersey. This will continue for the remainder of this year while we ensure previously established transactions are completed and converted to Investors.

On July 31, 2021, Bob Vonbargen, Roy Plummer, Marc Iroff, Bryan Branson, Mick Shanklin and I conducted a work party at the Lawrence House. We ere able to organize much of the area and we also met with Bernadette Boyle, President of the Burlington County Historical Society. She gave us a timeline briefing on the work that is planned for the facility. We have received an update that I provided to the Officers recently and excellent progress is being made on painting the facility and repair work to the sewer and water in the building. Roy Plummer is working on the Revolutionary War Exhibit and that is progressing nicely. Roy has a meeting scheduled for August 27th with the exhibit company to review the proposal.

Mick Shanklin and I completed the transaction for the storage agreement for the Mobile Museum at the Bordentown Armory. They were not aware that Oren had passed, and the agreement was due in July and sent to Oren’s email. Elaine Olson Miller contacted me, and I advised her of the situation. She expressed here condolences and forwarded the agreement to me. I coordinated it with Mick Shanklin and the transaction has been completed.

Bryan Branson continues to work on the Mobile Museum. He has installed to file cabinets and reorganized the trailer. He towed Mini Mo to Whites bog on July 31st and it was an excellent event. We were well recognized and had an opportunity for Roy Plummer and Dave Jost to present information on the AFHM. Fred Hogan sold $116 worth of items and we had $102 in donations. We also made some new contacts. Ron Hathaway, Marc Iroff, Roy Plummer, Bryan Branson, Fred Hogan and I participated in the opening ceremony. This is an event we should continue to participate in this event in the future. On August 3rd, Bryan, Roy and I participated in the Ewing Township National Night out which was an excellent event, and we received a $300.00 donation. We will be participating in the Jeeps on the Waterfront, in Burlington City on Saturday, August 21, 2021.

MATT Wick is recovering from surgery on his back and is not able to attend the meetings. He continues to stay in touch and manage the scheduling the Mobile Museum. Bob Vonbargen returned from a few days in the Hospital and is now home continuing to manage the Living History Program and coordinate the printing of material for the Annual Dinner with the Rowan College Print shop.

On July 23, 2021, Roy Plummer, Bryan Branson, Marc Iroff, Bryans Grandson, Ryan and I were guests of Lew Wetstein at the Blue Claws game in Lakewood. It was a very enjoyable evening, and we wish to express our sincere thanks to Lew for his hospitality. Ryan was able to obtain a baseball during the game. Bryan Branson was the driver, and he took us through the wonderful nature of New Jersey on the way to and from the game. Thanks Bryan.

A special thanks to Roy Plummer for his continuing networking efforts through the Chamber events. He continues to volunteer his time to promote the AFHM. Also, his efforts in obtaining grant funding for the AFHM continue to be successful. He is already posturing us to compete in the STEM Arena so we can qualify for future grant opportunities.

Bob Vonbargen and Ron Hathaway have been working interviews with Nick Mellis at his studio in Princeton. We are vey fortunate to have access to this facility and appreciate Nick’s willingness to support the Armed Forces Heritage Museum. This capability enhances the Living History Program.

Roy Plummer and I have been discussing the possibility to conduct a Holiday Party in conjunction with our December meeting. It will be open to all our active members and their spoused or significant other. We previously held one at Jimmy’s in Bordentown and it proved to be a nice social gathering and an opportunity for our spoused to learn what the organization is doing. More info on this proposal to come so stay tuned.