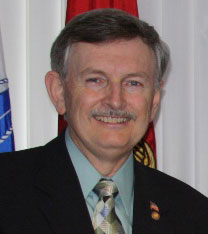 Our community has lost a great citizen! Oren Carrol has passed away at the age of 65 after a bout with a brain tumor. His impact on the region has been significant. His accomplishments are almost beyond comprehension. Let’s examine a life of achievement.

Oren joined the Air Force from his boyhood home in Virginia Beach, VA. He was initially trained as a helicopter mechanic. His potential was recognized and he cross trained to hold one of the most prestigious enlisted flying positions: Flight Engineer. Oren was a C-141 Flight Engineer with responsibility for engine performance, and the electrical and hydraulic systems. He rapidly advanced to instructor and Flight Examiner status. He amassed over 15,000 flying hours and participated in virtually every national emergency and airlift combat situation in the 1980’s and 90’s.

Upon retirement from the military he was selected to manage the C-17 Flight Simulator at the Joint Base. In this role Oren was the Air Force liaison with the contractor operating the simulator. In the past year he has been preparing for the transition from the current KC-10 simulator to the new Boeing KC-46 tanker aircraft. 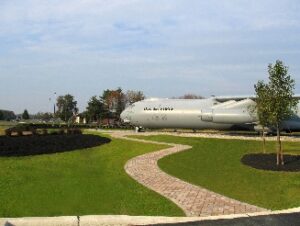 Oren’s diverse achievement over the years have been legion! As the Treasurer of the McGuire Foundation he managed the funding of the construction of Starlifter Park at the Joint Base. This program saved a remaining C-141 aircraft and had it placed as the focal point of a beautiful park that celebrates the 40 year service of that great aircraft and the folks who flew, maintained and supported its flight operations.

He was an active member of the Burlington County Military Affairs Committee and assisted in coordinating community support for personnel at the Joint Base. He was a Grand Knight of the Knights of Columbus and served as Treasurer for the West Jersey Ski Club. He was an active member of the congregation at the Joint Base Chapel. Additionally, he operated a computer repair business as an extension of his “hobby.”

Oren was the charter President of the Armed Forces Heritage Museum. He did the work to incorporate the organization as a 501(c)(3) non-profit. He subsequently performed as Secretary and Treasurer. In actuality he was the “heart and soul” and backbone of the museum from the onset. Oren was a leader in the development of a mobile museum. He took a surplus community mobile stage and converted it into a mobile museum with explanative panels and interpretive video. He had the trailer painted and modernized. This unit has been appearing at school and community events since 2017. 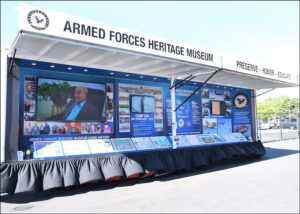 It is difficult to assess the loss to society with his passing. Oren Carrol’s essence was summed up by Captain Ted Strempack, New Jersey State Police, Retired; Past President of the McGuire Foundation and Trustee of the Armed Forces Heritage Museum:

“God did not make many Oren Carrol’s … He was at the top of the good!”