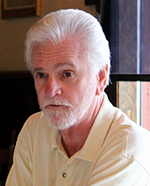 He was employed as a Six Sigma Black Belt quality and process improvement consultant for GE and their customers nationally. He conducted root cause analysis studies toward resolving operational issues that resulted in major savings and risk avoidance/reduction outcomes.

Roy is a graduate of Pennsylvania State University with a B.S. in Industrial Engineering. He completed the ROTC program and was commissioned in the U.S. Army Ordnance Corps. He completed his active duty commitment while assigned as a First Lieutenant with the Korean Military Advisory Group (KMAG) in Pusan, Korea. As a youth he was active in the Boy Scouts of America (BSA) where he became an Eagle Scout with a subsequent leadership role as a Scoutmaster.