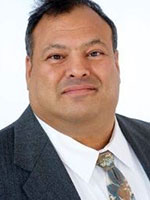 After graduating high school at age 16 and starting college at Boston University he decided to take a couple of years off from school to challenge himself in a way that none of his New York City colleagues in post-Viet Nam America, would ever consider. After one semester and against all advice to the contrary, at age 17, he enlisted as an armor crewman in the US Army. After successfully completing BCT and AIT at Fort Knox and achieving selection to the “Colonel’s List”, he was assigned as hazardous a front-line duty station as was available in Cold War Germany, border duty in the Fulda Gap with the 11th Armored Cavalry Regiment. Here he earned Leistungen, the highest peacetime military medal of the West German Army.

Upon completion of his two years of service, he attended college and after graduating from New York University with a dual major in Finance and International Business he married and then packed to move overseas once again. The next year was spent at the City University Business School in London, England where he earned his MBA in Export Management and International Business.

He returned to the US to start his career and his family. Building a career of increasing responsibility in the pharmaceutical industry starting as a sales representative for 10 years he rose to a variety of challenges. Roles included: account supervisor in advertising, director-level in account management, Global Director of the Crohn’s and Colitis Foundation of America, biotechnology industry consultant, Continuing Medical Education Director and Vice President, market research sales and Executive Director of the Rheumatology Nurses Society. He has had numerous other consulting roles in a variety of industries all related to the salvage of efficient operations and return to sustained profitability.

He has recently moved first to Yardley and currently Bensalem, Pennsylvania. He works as a Commercial Solar Energy Broker for a NYC-based company. As a member of the MIDJersey Chamber of Commerce he created and chaired the Energy and Sustainability committee for the chamber. It was in this capacity that he was introduced to the AFHM and felt an immediate kinship with group’s mission and to be able to serve in a way that is most helpful for the growth and development of the organization.

He remains active in the 11th Armored Cavalry Regiment Association, the Blackhorse, where he participated in retrieving “The Colors” at Point Alpha, the site of OP Alpha on the Inner-German border in celebration of 25 years since the “Last Patrol.” He has also participated in the annual regimental wreath laying ceremony at Arlington National Cemetery. He serves as an ambassador to educate high school students as a living witness to life as a Cold War Warrior for the Trans-Atlantic Outreach Program.